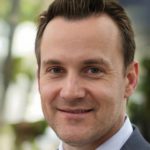 Why did the Chinese giants, collectively valued at $318 billion, choose to be delisted from Wall Street?

It was Friday, when the brobdingnagian Chinese companies, including China Life Insurance, China Petroleum and Chemical Corp., and PetroChina, together with Sinopec Shanghai Petrochemical and Aluminum Corporation of China, announced their intention to be delisted from the NYSE as the companies fell by 1.5% or more on Friday, and the tension between the world’s top two economies continues to worsen. The companies stated that their decision to withdraw from the US stock exchanges was based on their own commercial considerations.

Alibaba Inc. and about 200 more Chinese companies are to be delisted from the NYSE as they are allegedly taking billions off Wall Street?

Alibaba Inc. and other Chinese companies are facing the threats of being delisted in the US stock markets as the American inspectors stated that their audits are unverifiable. According to Redmond Wong, a market strategist at Saxo Markets, there are data and information needed by foreign regulators that the Chinese government is hesitant to provide as they are citing national security worries. Given that Alibaba Inc. and other Chinese companies’ audits are unverifiable, some inspectors are stating that they could be taking billions off of Wall Street.

What’s next for China and America’s stock market relationship?

Due to China refusing the request of the US inspectors to have full access within the Chinese companies’ full audits by citing national security concerns, more than 260 Chinese companies could be delisted from the NYSE.

Even if China is trying to seek a compromise with the USA by having the non-state-owned firms open their audits to American inspectors and the state-owned firms restrict the sharing of confidential data and information, the USA’s trust is quite low, especially after the recent flare up in Taiwan. According to inspectors, if 2024 comes and the capitals of China and the USA don’t reach an agreement, America could delist around $1.3 trillion worth of Chinese companies from the NYSE.

Paul is a cryptocurrency expert based in the United Kingdom. He has previously written for several well-known publications and is looking to expand his skillset here at EconomyUniverse.

Meta is No Longer a Top 20 Stock – The Downfall of Meta?